Mary, a simple name and a remarkable story. This is Mary of Kenya, not Mary of the Bible. She is 37 years old and a widow. Her husband died and his side of the family took all the belongings. As a Kenyan having children is an essential part of being a wife. Next is making sure your husband has a son. When he died he left three daughters and no sons. Therefore his side of the family took everything of value as a punishment. At first Mary found work as house help. This ended when the husband of the home died. The only option was to move to a one room shack in the slums.

Oh, the husband also left Mary with HIV/AIDS. Each day found her weaker and weaker. Just when she thought it could get no worse her youngest daughter became pregnant after being abused by a man in the slums. Mary wanted to simply lie down and die. But should could not do that because she was the only help for her three daughters. She cried out to God to help her.

And that is where God brought Judith Mutange into her life. Judith is a graduate of Africa Theological Seminary (ATS) a ministry of ICM. While a student in Kitale Judith cried out to God wanting to know what she could do to make a difference. God spoke clearly that she was to work with the orphans in her village. Judith was not so sure. Mary and her husband had their hands full raising their family. But Judith stepped out and believed God would provide if she would respond. And He did. You can learn more about Judith and her ministry, Great Mercy, by visiting her Facebook page.

Judith took Mary and her three girls on as part of her ministry. Seven years later Mary now works in the shop owned by Great Mercy. She is busy with hope and a future. Her three daughters joined the Great Mercy family where they were cared for and given an education. Oh, her grandson is now a student at Great Mercy.

Judith had very little but a confidence in God and a willingness to step out in faith to watch God part the seas!

Give a Gift to ICM 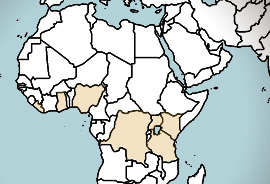 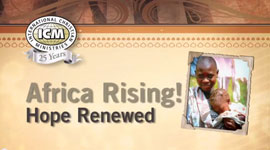